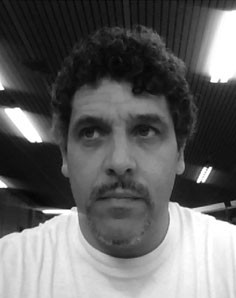 Daniele Rovai was born in Florence on 2 July 1964. After his high school studies he attended a professional training course run by the Tuscany Region to become an advertising graphic designer. From 1989 to 2005 he worked as a graphic designer for photoliths, printers, graphic studios, publishing houses and advertising agencies. In 2006 the advertising agency where he had worked for three years closed due to economic problems. For the first time unemployed he discovers a passion for investigative journalism. He began writing articles and reports for online and printed websites and newspapers on environmental and nuclear issues, a theme that has always fascinated him.In 2009 he carried out a survey on the management of radioactive waste inherited from the nuclear season 1970s, entitled "Sogin: an alarming experience". The investigation is published by the UTET publishing house as part of the essay "The Impossible Nuclear" edited by Professor Virginio Bettini of the IUAV of Venice. In 2011 one of his reports, signed with the journalist Vincenzo Mulè for the magazine IL PUNTO, on the discovery of drilled bins of radioactive waste stored in the nuclear power plant of Caorso, provokes the opening of an investigation by the Public Prosecutor of Piacenza. In August 2012 after reading an article in La Nazione, the chronicle of Prato - the city where he lives - strike at the construction site where the new hospital is being built, he discovers that the workers who strike for non-payment of salary are the employees of the company that has the most important subcontract. A search begins that soon turns into an investigation one of the most important and expensive building works in the Tuscany Region: the construction of 4 new hospitals in finance; an operation that between construction, furnishings and management moves public and private funding for almost 2 billion euros. Investigation that in November of this year (2013) was published by the Edizioni Andromeda Publishing House. Since July 2013 he has worked as a worker for an industrial laundry in Prato. 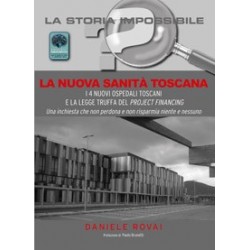