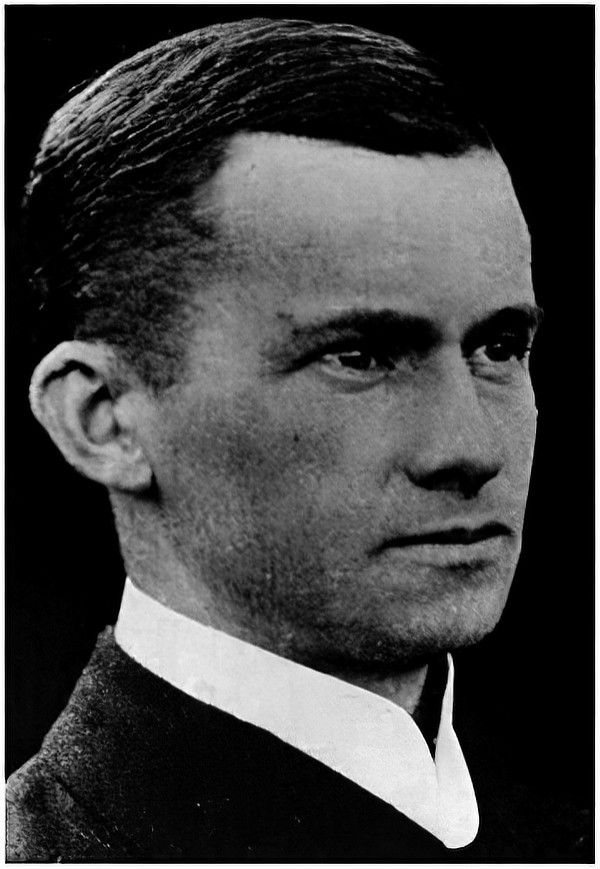 Hans Paasche was a military public figure, explorer, writer, pacifist and social reformer. Although Hans Paasche was an innovative and controversial figure, his notoriety, with the exception of Germany, is practically nil.Hans Paasche was born to a wealthy family of Rostock, a famous Baltic port, but moved in the wake of his father Hermann Paasche, professor of economics, when he was appointed vice-president of the Reichstag. In 1899 the young Paasche enlisted in the German navy serving as a navigation officer. Between 1905 and 1906 he was sent to East Africa under German colonial domination (today's Tanzania). Here he was placed at the head of a contingent that was ordered to quell a bloody revolt of the natives. The man was deeply shaken by the brutality of the war and immediately tried to mitigate its effects and to reach a dialogue with the local populations. His determination was rewarded, so much so that he was appointed governor of the Rufiji region, located in today's southern Tanzania. As the commander of the Paasche region, you offer aid to the defeated of the uprising by allowing them to find care and refuge at his headquarters. For this rapid pacification of the region he was awarded the decoration of the Order of the Crown with Swords, but was later removed from command because he was accused of having carried out independent peace negotiations. The African experience, the horror and the love for that land they changed man and the way of seeing life forever. So much so that upon his return to Germany Paasche resigned from the army. In 1908 he married Ellen Witting, daughter of Richard Witting, director of the National Bank of Germany and former Lord Mayor of Posen (Poznań) and chose as a honeymoon to return for a long and adventurous trip to Africa. The young spouses went for 11 months to the heart of black Africa, in search of the sources of the Nile, they went as far as the region of Kilimanjaro identifiable with current Rwanda and with the then ancient kingdom of Kitiara, and it was there who is assumed to have known Lukanga Mukara. Upon his return to Germany Paasche became an active member of the "Lebensreform" or "life reform movement". Movements that we could define the forerunners of the current "Greens" or "Robin Wood" of today, their political philosophy was a powerful blend of good intentions, the return to a contact with nature, of a healthy and vegetarian diet, the need for a clean life, loose clothing, proposals for land reforms and environmentalism, whose advocates sought to change society by reforming lifestyles and attitudes. Together with other activists Paaschè also founded a newspaper of life reform called "Vortrupp" or "Vanguard", in which he published articles on topics dear to him, such as feminism, environmental protection in the German colonies in Africa, up to moral lessons such as "the Titanic disaster". Hans Paasche was also a writer. His first book was: Im Morgenlicht (“In the Morning Light”), which contained impressions of war and hunting in Africa, but also valuable ethnographic materials. But the book that made him famous was the book: "Journey of exploration by the African Lukanga-Mukara in Inner Germany"; book that made him at the same time praised by the people and disliked by power. Paasche returned briefly to active duty in the Navy during World War I, but his pacifist ideas, hatred of class divisions and the horrors of war, and adherence to the growing peace movement immediately made him disliked by his superiors, so much so that he was arrested in 1917 and tried for high treason. Paasche escaped his sentence by declaring himself insane and was therefore imprisoned in the Berlin sanatorium. He was released in 1918 and resumed his activities as a radical writer and journalist.After the untimely death of his wife Ellen at twenty-nine, he retired to his estate in Waldfrieden to take care of his four small children, Jochen, Nils, Helga and Ivan. However, he continued to take part in national and international campaigns for peace, understanding between nations and a League of Nations. His Waldfrieden estate became a refuge for leftist and hunted insurgents Paasche and his notoriety, achieved also thanks to Lukanga-Mukara, had meanwhile become unbearable for the German establishment that decreed his assassination. An anonymous person denounced him as a threat to German society so the Consul Squadron was sent to his home; a group of 60 ultra-nationalist soldiers from District III Command. The soldiers broke into his home under the pretext of looking for a hiding place for weapons (never officially found) at the height of the operation, in unclear circumstances, Hans Paasche was shot dead. Few of the Consult Squadron were tried and none were convicted. Thus in May 1920 at the age of 39, the life of Hans Paasche, an uncomfortable thinker of his time, one of the forerunners of the "green" and "pacifist" movements of Worldwide. 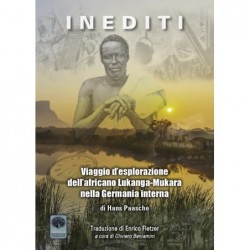