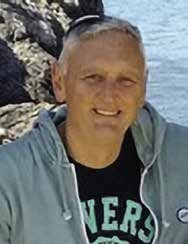 Graziano Castagnoli was born in Porretta Terme on 23 September 1954, a place where he has always lived and still lives. Graduated in 1974, after his military service he began working in 1977 as a designer in the Technical Office of the local DEMM company, a manufacturing factory of gears and machine tools, where he remained for 23 years. In the middle of the year 2000 he joined the Technical Department of the SAECO company (later acquired by PHILIPS), a manufacturer of domestic coffee machines, as a designer and designer, where he worked for 18 years until his retirement in 2018. passionate about basketball, he began playing this sport in 1971 in the ranks of the AS company Basket Porretta. In 1973, together with some friends he founded the CTG Fornasini Basket Porretta, where he held the positions of player, coach and manager. After the dissolution of the company in 1981, he continues to play at an amateur level, also participating in various local tournaments. From 1999 to 2003 he is part of the "roster" of the newly formed Gaggio 1989 Basket team, where he wins several championships of Promotion and Excellence , then joining the Air Basket Porretta team before ending his career in 2008 after playing continuously for 37 years. In the meantime he resumed his career as a "coach", coaching the women's team of Air Basket Porretta from 2004 to 2009; He later coached the men's team of the Appennino 2000 Porretta club from 2010 to 2012, the year in which he decided to retire from basketball activities.