Alain Parguez Emeritus Professor of Economics. Universitéde France-Comté in Besançon (France). Faculty of Law, Political and Economic Sciences. University of Ottawa, Canada. Academic title: Doctor of Economic Sciences, Université de Paris 1. Two doctorates - Ph.D Theses 1973. Member of the "Eastern Economic Association" (USA). Teaching subjects: Principles of Macroeconomics. Theory of Economic Policy. Financial Economics. International economic relations. Distribution Theory. Author of hundreds of articles and dozens of essays on monetary policy, economic policy and the genesis of the crisis, and over ten books of economic theory, history and philosophy. From 1984 to 1996 he was editor of the periodical "Monnaie et Production" He is the creator of the Post-Keynesian-inspired Monetary Circuit Theory to which he has dedicated a good part of his career, and is currently finalizing the drafting of this extensive and detailed research. dissidents of the process of creation of the Eurozone. He is one of the four authors of the ME-MMTDI ECONOMIC SALVATION FOR THE COUNTRY PROGRAM “WE WERE NOT THE PIIGS. WE WILL COME BACK TO ITALY "(The other drafters are Warren Mosler, Mathew Forstater, Paolo Barnard / http://memmt.info/site/) 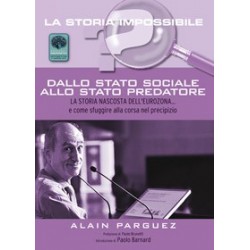